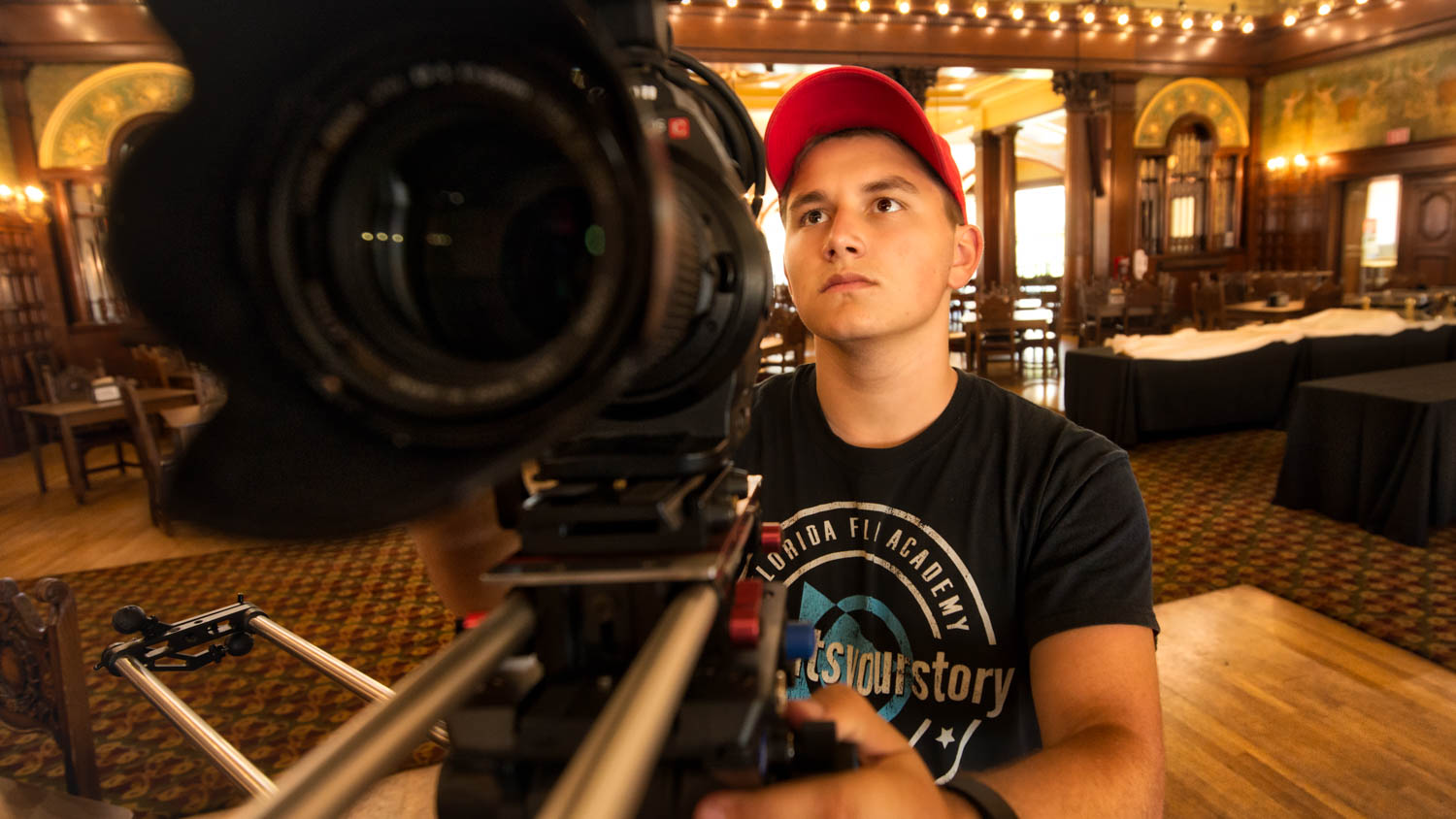 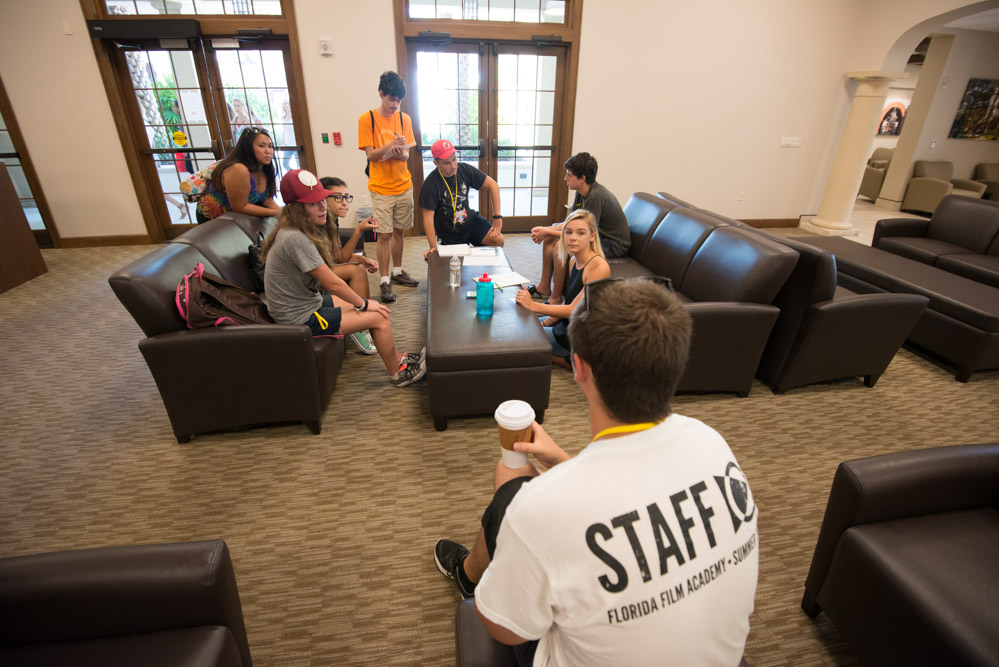 One of the teams planning their short film

Residency and Day students joined us for an intensive week of filmmaking for the 2nd week of FFA Summer Filmmaking Academy at Flagler College, St Augustine.

Each team produced one major short film for festival entry and a number of smaller movies and documentary pieces while the main movies were in post production.

Students wrote, filmed and edited their own work, created festival entry asset materials, used a range of pro cameras and sound gear, edited in Premiere and FCPX and had a screening of their final work on the Friday. 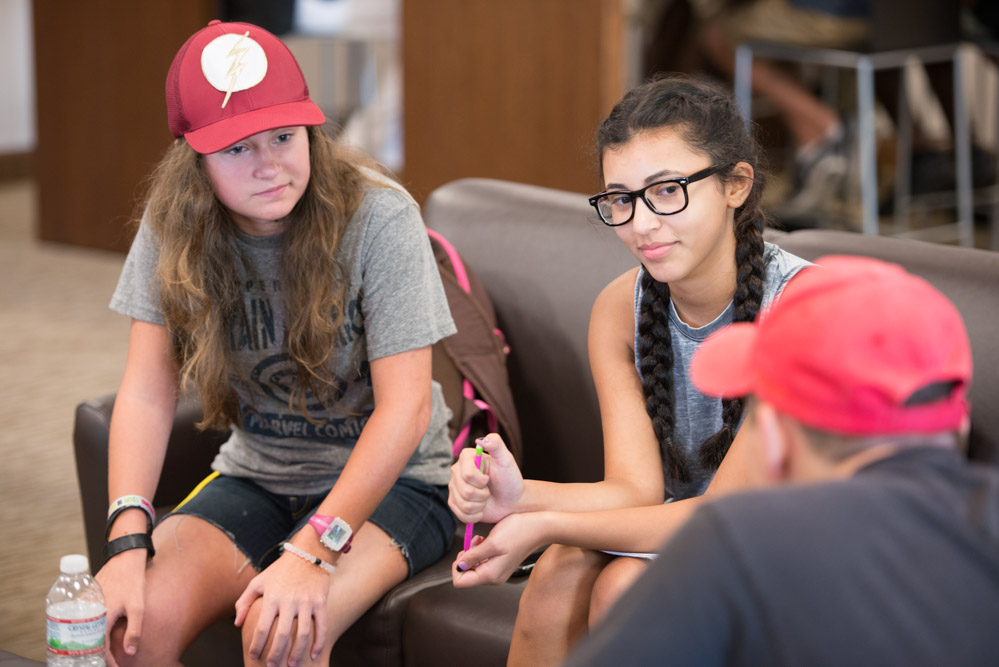 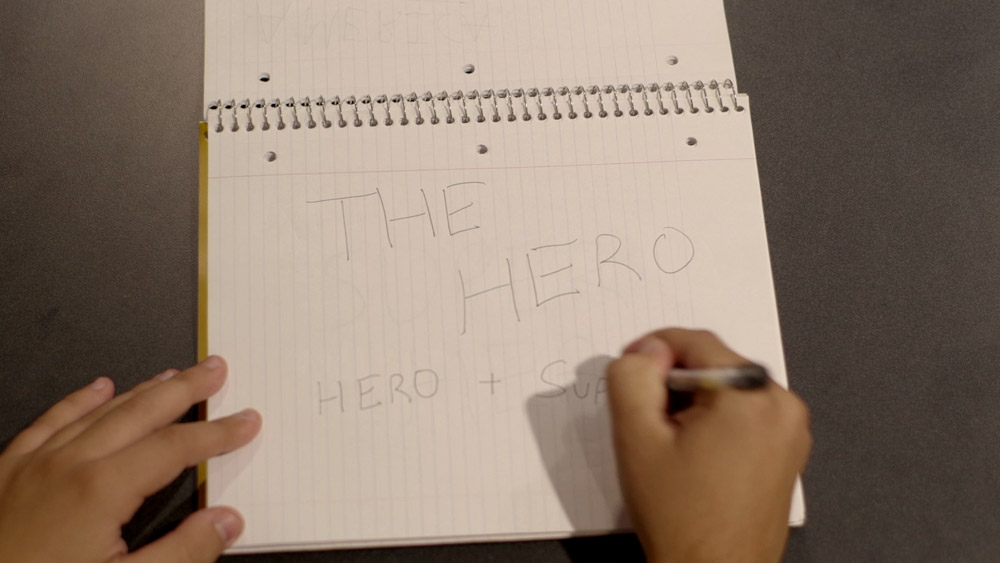 Michael, Alex and Wyatt produced a one minute, single shot piece for the Monday challenge.  Innovative and requiring careful planning, the locked off single take was brilliantly done!

The ‘Monday Challenge’ gets students used to the cameras and all the film crew roles – and gels the teams into filmmakers ready for the week. 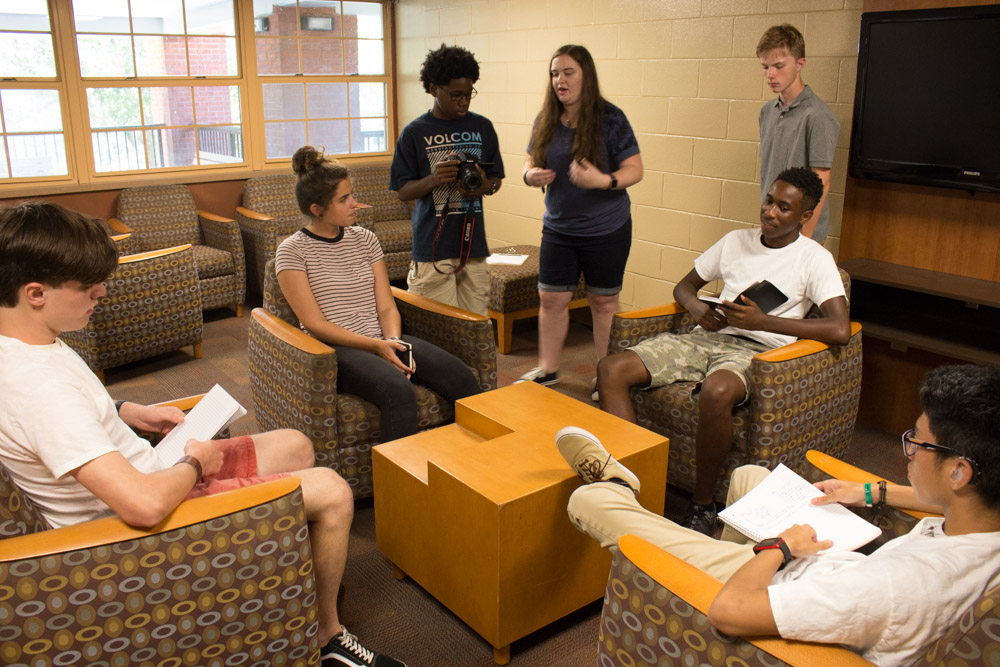 Once the teams were trained in independent sound, filming of the main movies began! 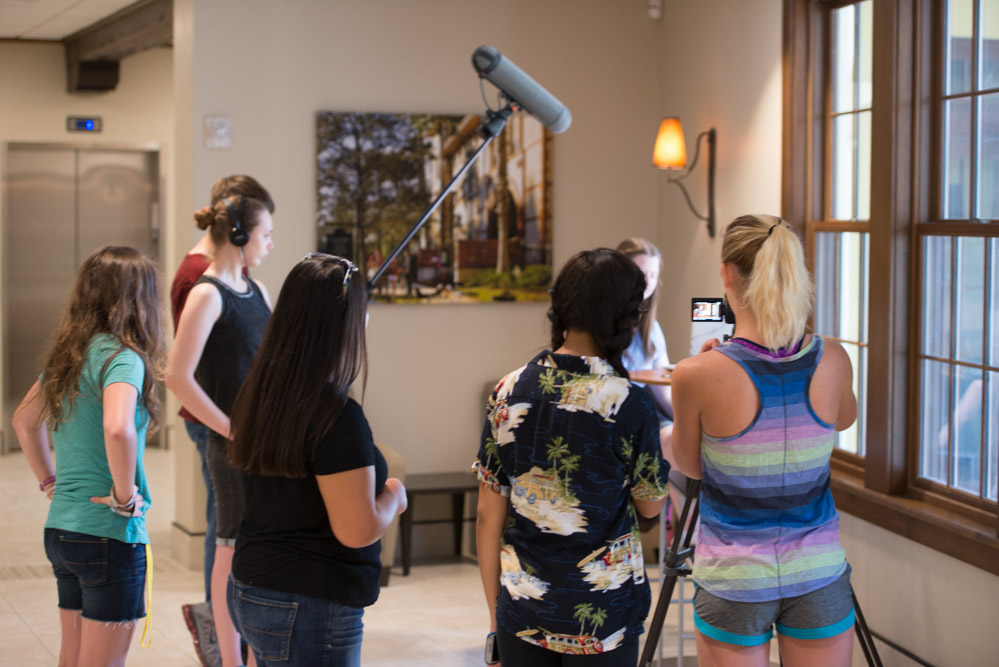 The team begin filming of their main movie.

filming for: The Necklace 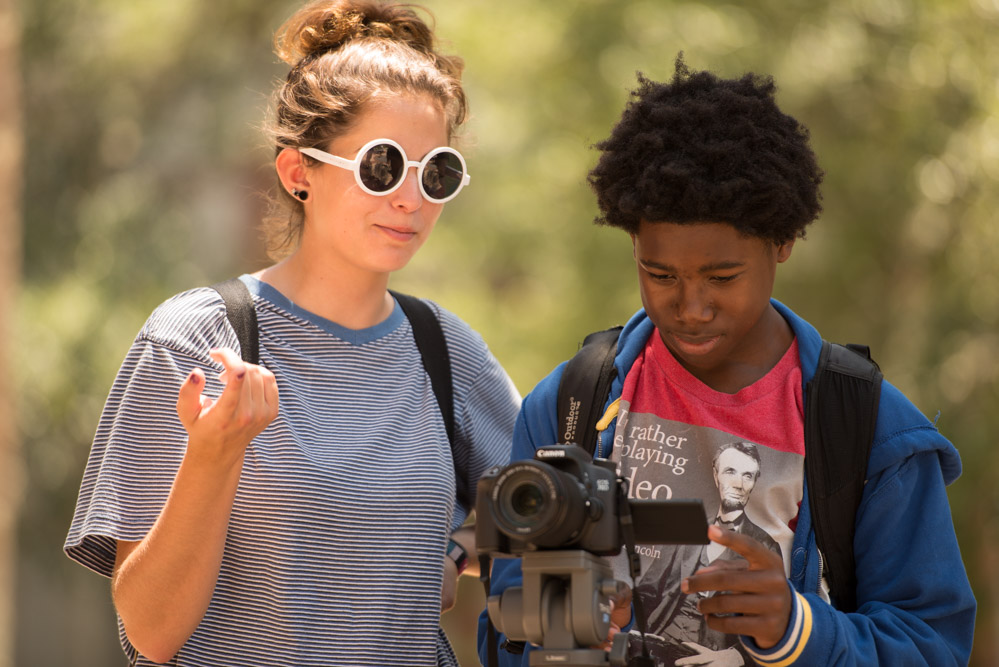 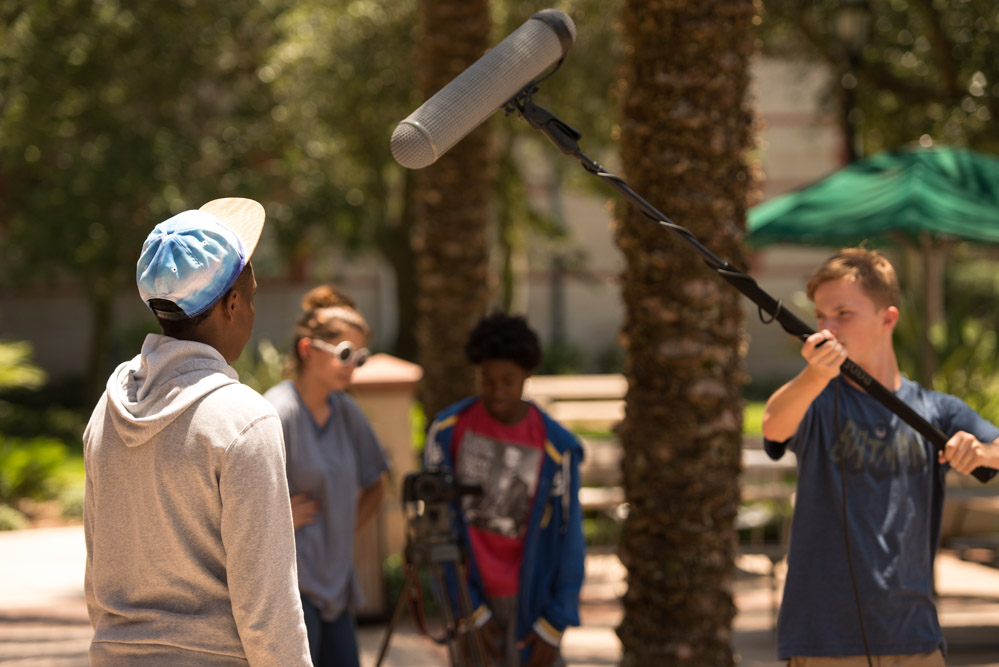 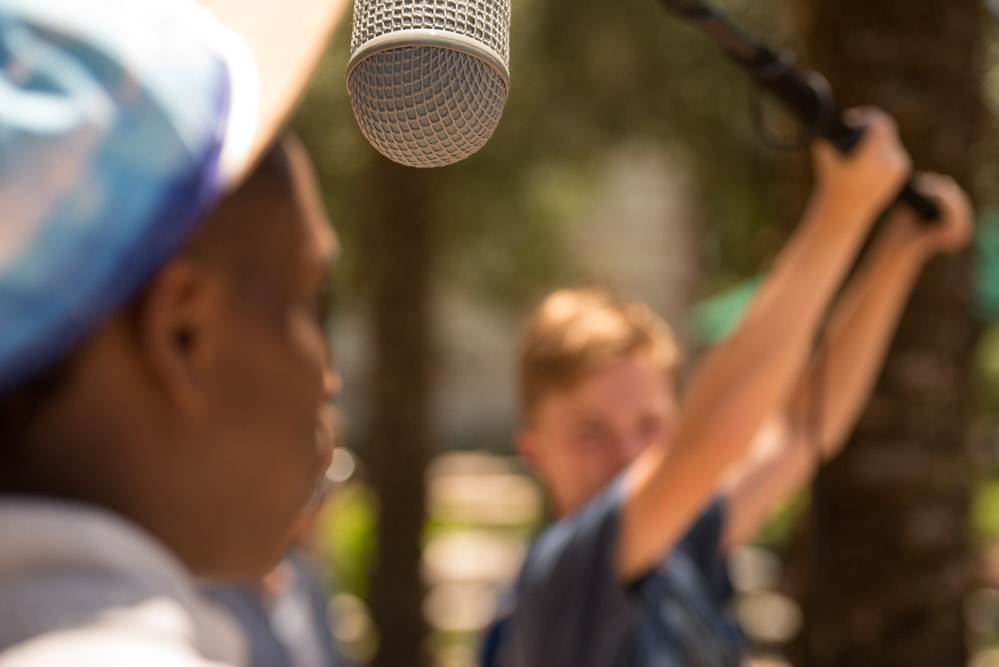 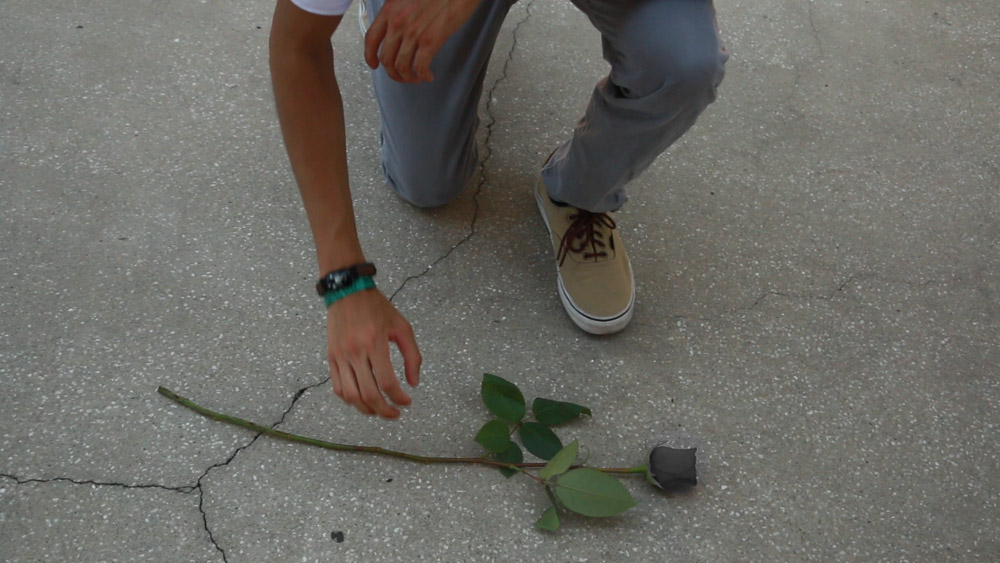 Sara handled all the editing, the final step being windowed grading in Premiere to change the color of the rose. 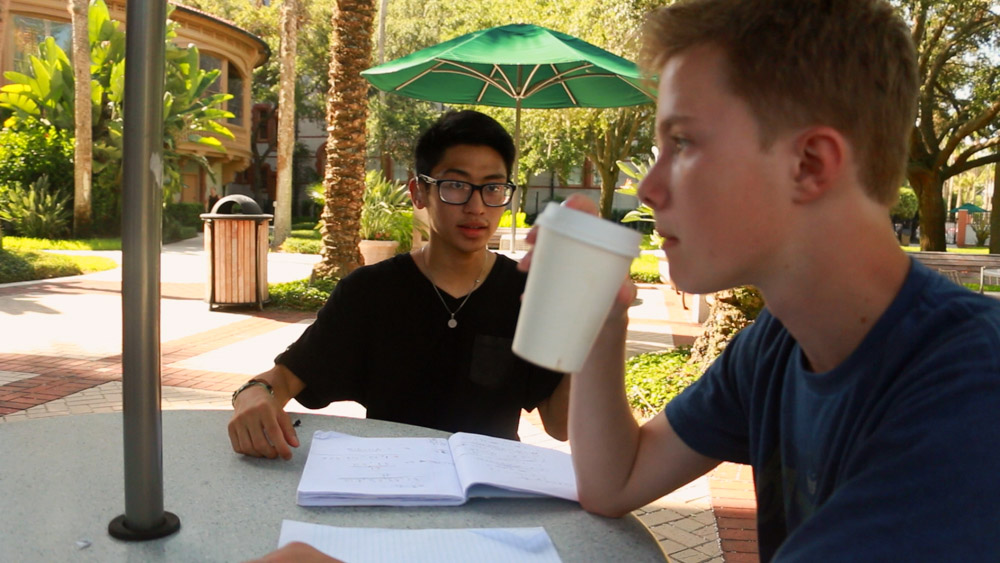 Ken and Jacob act a scene 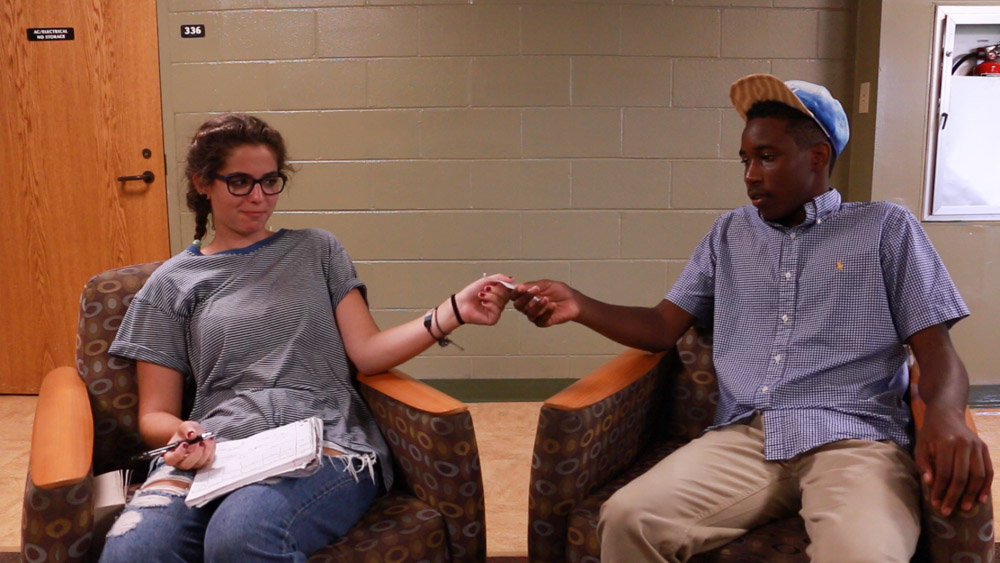 This team filmed 2 movies in parallel – exchanging roles as needed from editor to actor as well as cinematographer and director.

Sara and Jon appear in: Redo

FFA veterans: Wyatt, Michael and Alex concentrated on documentary filmmaking for the week, with a moving short on the lions of St Augustine.

Wyatt had already researched the background allowing the team to jump straight in to interviews and context filming.  Wyatt wrote, produced and directed, while Michael filmed and Alex handled the editing.

Documentary filmmaking is very different to narrative filmmaking – with the edit being exponentially more complex – well done Alex.  Special thanks to instructor Josh Wallace for guiding and enabling this project – filmed over several days and evenings. 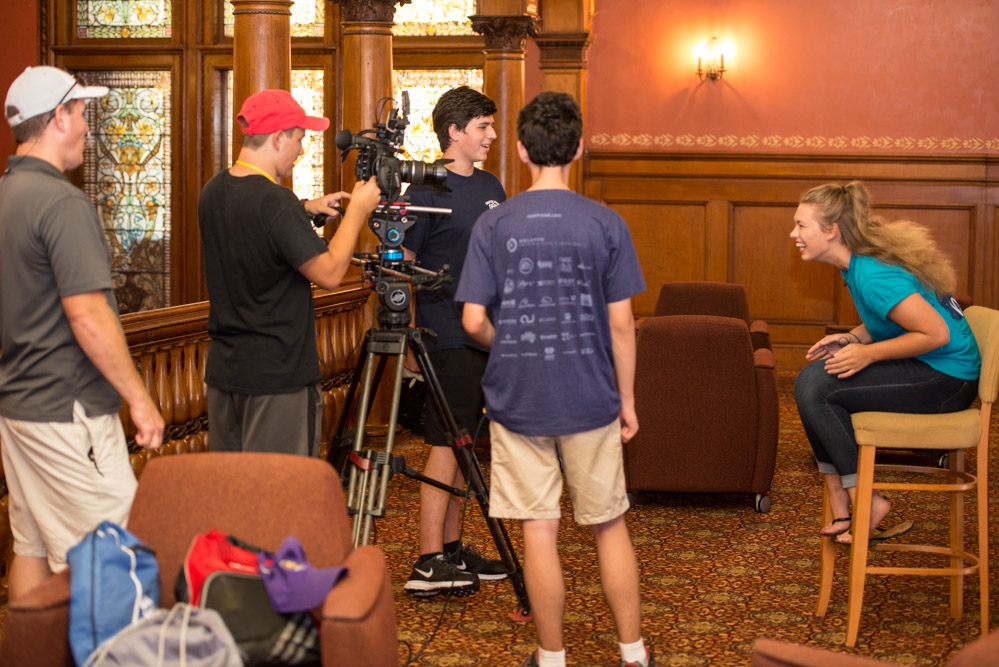 Preparing to interview Abbey for the documentary. 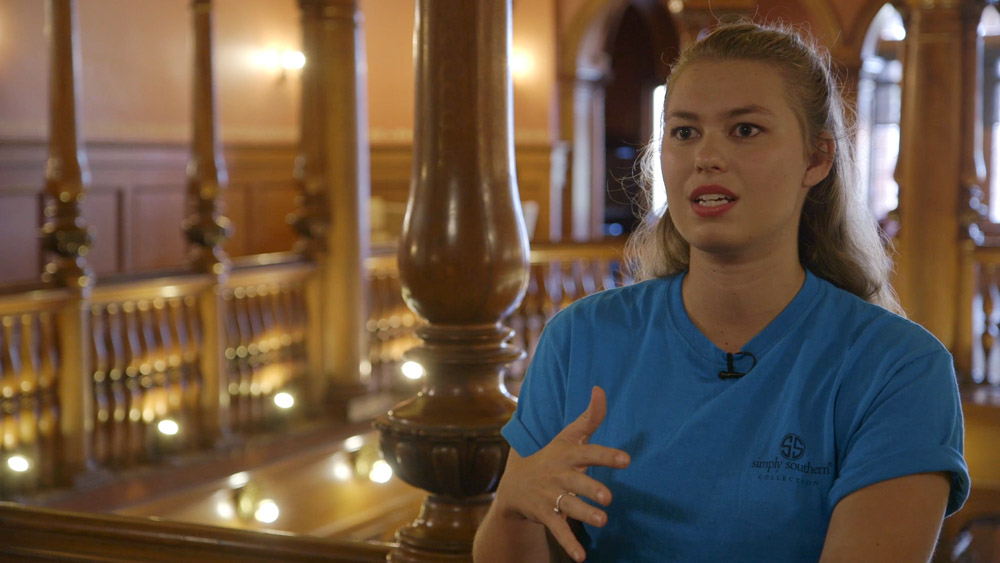 Interviewing Abbey for the documentary.

scene from: Lions of St Augustine 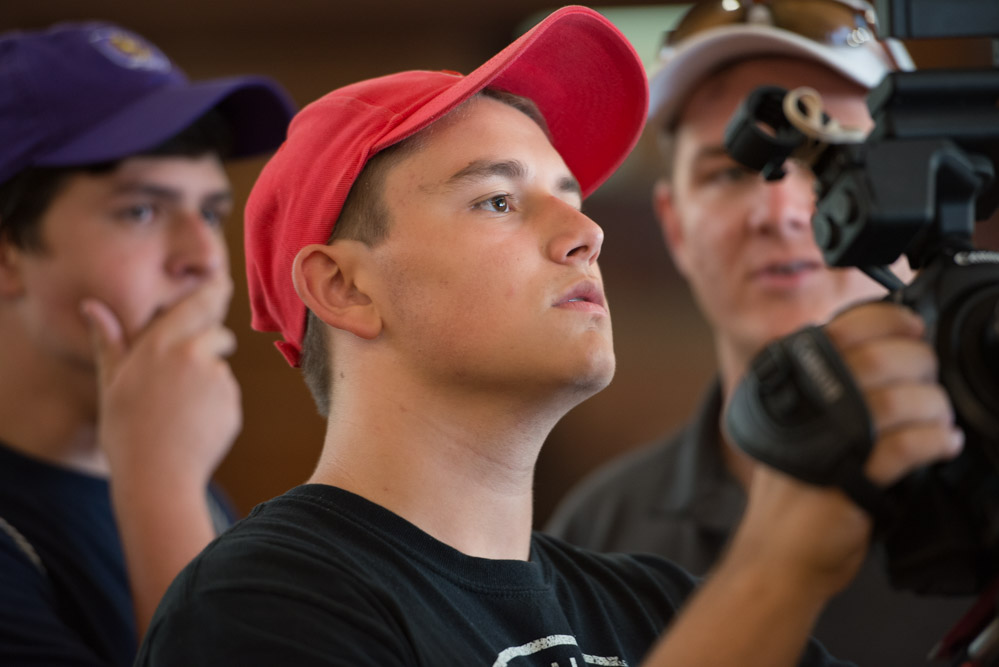 Michael at the helm of the C300 with Wyatt directing and under the expert guidance of Josh.

filming for: Lions of St Augustine 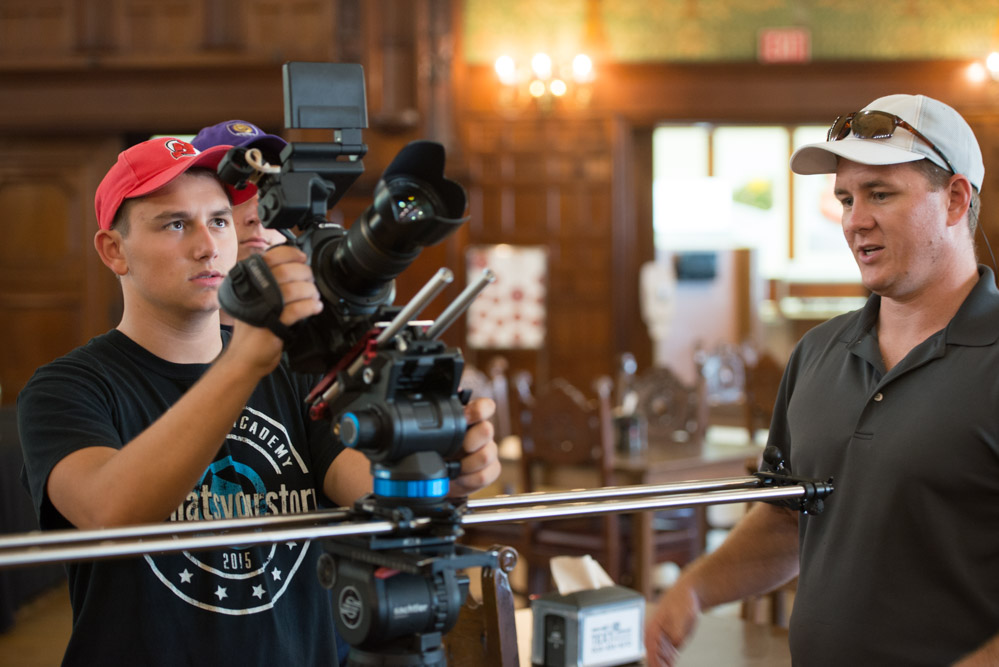 Using the C300 on a slider in the main dining room at Flagler – context filming.

filming for: Lions of St Augustine

To round out the week, Olivia led her team in another documentary and Michael produced a personal short film in honor of his lifetime hero… 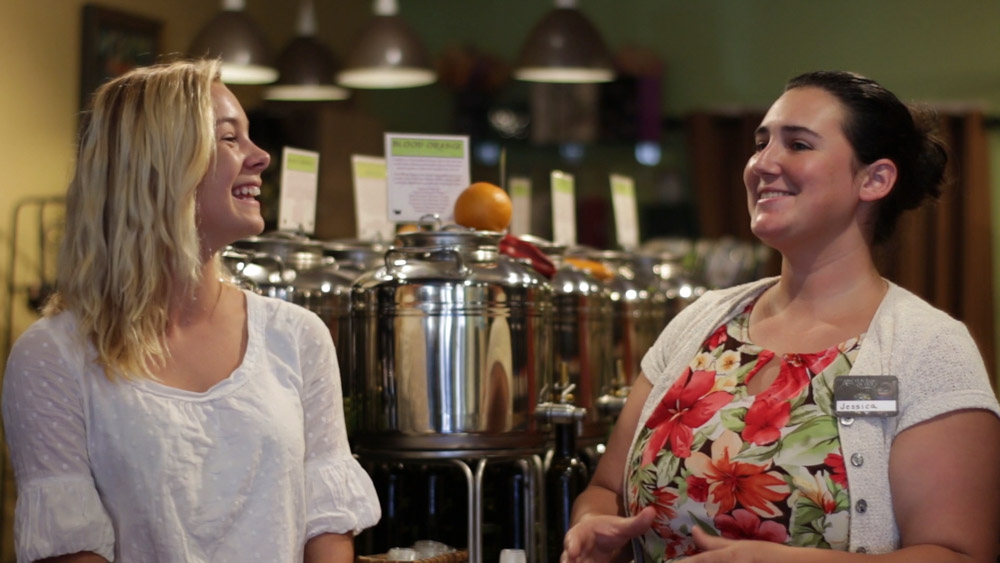 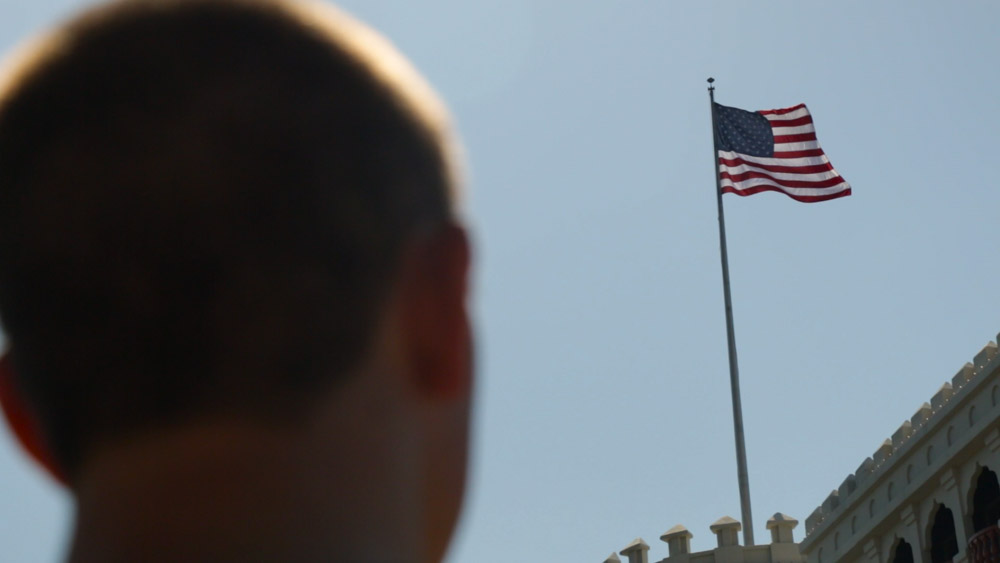 The festival-entry movies cannot be shown until the festival judging is complete – they will appear on our Youtube Channel then.

Enjoy these short films from the week – just a glimpse of the talent these young filmmakers demonstrated in this intensive week of production.